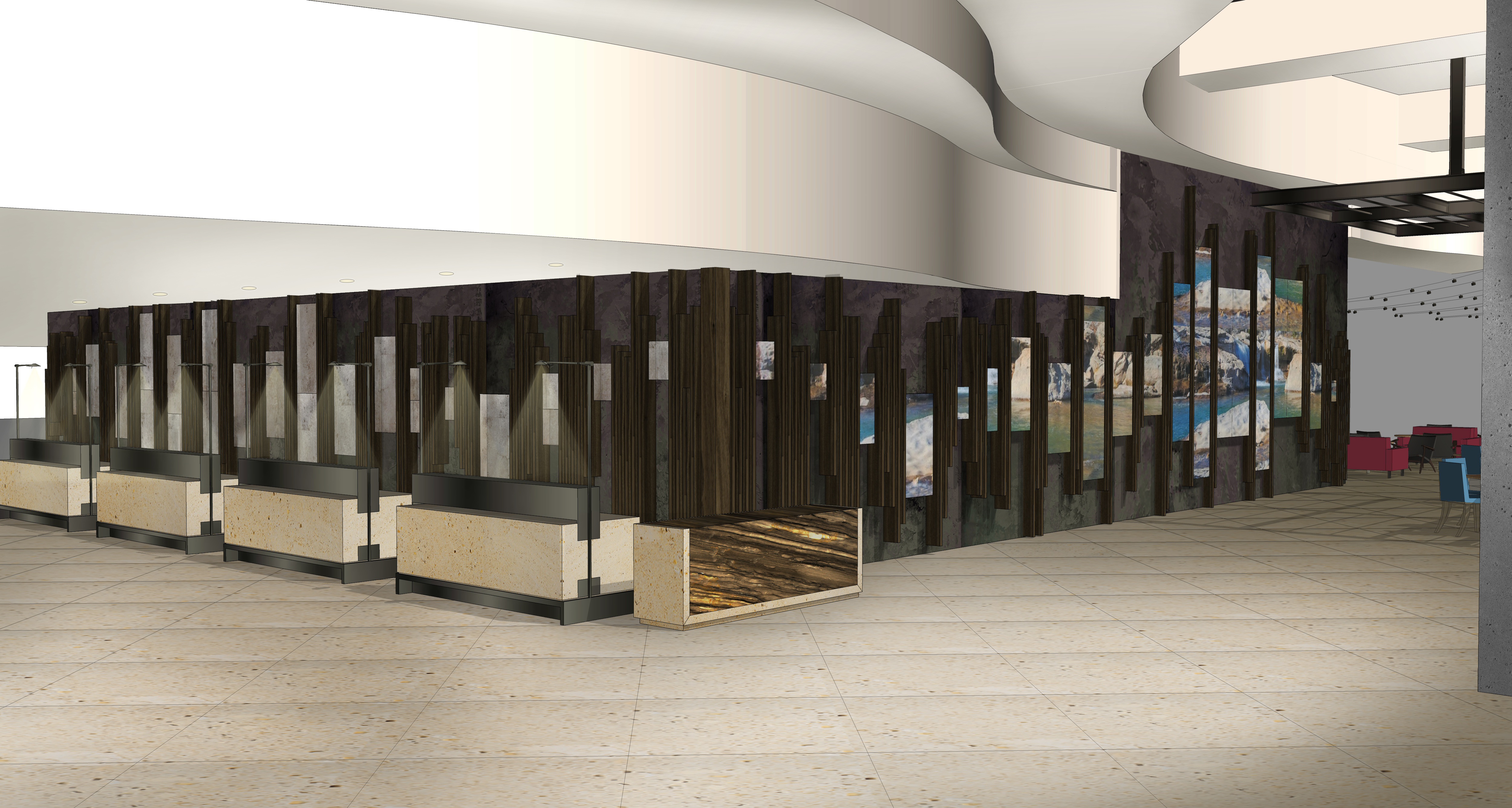 Someone should write a(nother) think piece about all the ironies (or just the big one) involved in how many major downtown hotels are making thematic plays for Austin authenticity while a large amount of what the tourism industry is touting (in this case, live music) dwindles in the area for a variety of reasons—including, possibly, noise complaints from hotels, according to The Austin Chronicle. (Hotel Van Zandt gets a pass for subtle insight and excellent execution.)

In the case of the Austin Hilton's recently announced plans for a $23 million renovation of its public spaces, however, any look other than the one the place is currently rocking will likely be a welcome improvement.

The company has hired EDG Interior Architecture + Design, a national firm with a Dallas office, to renovate public spaces in the 31-story building—lobby, meeting rooms, and dining outlets—in a manner that it intends to represent our unique local culture.

Our sibling site Eater Austin has reported on what that means for the hotel's eat-and-drinkeries, but as far as the rest of the space goes, it entails such fresh and funky elements as a digital media wall in the lobby (we don't know what that means, either) and The Reverbery, a flexible, indoor-outdoor events space meant to create (we swear) an "Austin-cool," recording-studio vibe.

We seriously hope the company didn't spend millions of dollars on the kind of brokedown furniture, lighting, and decorative touches found in the majority of such studios, but we sincerely wish it the best.